Finance and football have never really seen eye-to-eye. With many clubs possessing financial and wage structures significantly out-of-line with what is considered the business norm, it is an unfortunate fact that the money side of the game has often threatened to overshadow events pitch side.

Coventry FC knows this all too well. For a club which has struggled with its own accounts, it has battled since 2005 with large rent payments for the privilege of playing at the 32,609 seated Ricoh Arena. Following a bitter dispute with the ground’s owners, the club which once enjoyed 34 consecutive seasons at the top flight of English football has been in search of a new ground at which to play their home games.

The search led them to Northampton Town, who are one league below. The Football League has recently agreed a proposal for Coventry to play the next three seasons at the League 2 side’s Sixfields stadium.

With fans of both teams protesting against the ground share, it’s easy to suggest the proposal is a bad one for all involved, here at Trinity we also have split opinions. We have some die hard supporters (like Jon pictured above) who are dismayed that the club are now playing at the Northampton ground, some 35 miles away from Coventry City Centre!!

Jon, as an example, does not drive, so will not be able to go along to any of the home games when the new season starts. Jon says “this will no doubt lead to a loss in ticket revenue, but possibly more importantly the loss in followers cheering on the team to victory!!  It seems short sighted of the club to move away from their town and therefore lose revenue this way, rather than accepting what seems like a good offer from the council to stay put.”

Looking behind the legal wrangling’s, the financial benefits for both clubs are compelling;

Although details about the ground share are a little thin on the ground, it is safe to assume that Coventry will benefit, financially. For a club which is currently in administration, it will be a relief not to have a ground the size of the Ricoh breathing down its neck. The dispute which led them to Northampton was, after all, rent-driven; therefore they will certainly be in a better place now with lower rent payments and the likelihood of increased gate revenue.

A £12m interest-free loan has been granted to Northampton Town from their borough council which will raise the capacity of the ground to 10,000, the work for which is due to be completed by next summer. With Coventry’s average attendance at the Ricoh Arena a shade over that figure, this news will be at least some comfort to their travelling fans and the club’s accountants.

For Northampton, the move is a positive one, business-wise. More games at the stadium mean more fans and, consequently, more food and drink sales not just for the club, but also within the surrounding area.

As far as the future of the Ricoh arena is concerned they will now have to wait for when Robbie Williams or Bruce Springsteen is next in town, in order to generate some income.

We’re positive about Coventry FC’s future and we wish both them and Northampton Town the best of luck for the next three seasons and beyond!

Get your FREE 7 day guide to starting a new business!

Complete the form below to get your FREE 7 day guide to starting a new business!

GET YOUR FREE GUIDE

Thinking of starting a business? Get our FREE 7 day business startup guide! 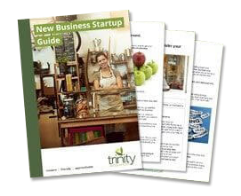 Get your free guide

Get your tax tips

Here is our latest blog that will help you ... understand how the Coronavirus guidance would affect you and your business📊
https://buff.ly/39hJXoX

Drink! And we don’t just mean tea and coffee. ... And not wine or gin, tempting as it may be under the circumstances🍷

How does the Coronavirus (COVID-19) affect you?
... Our latest blog has all the answers you need😀 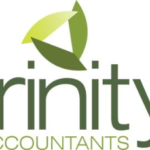 Book a FREE One Hour Consultation

We use cookies to ensure that we give you the best experience on our website. If you continue to use this site we will assume that you are happy with it.Ok